Brane-Xels is an exploration into the relationship between developing cosmic theories and emerging forms of visual art portraiture experienced through the canvas of augmented reality. The work integrates generative prints, depth video, and mobile devices to create life-size holographic portraits of people. The portraits exist as entangled pairs, that is for each portrait there are two portraits- a two dimensional print that has a corresponding volumetric augmented portrait. The portraits are inspired by the information loss paradox and the holographic principle, which are emerging explanations within theoretical physics for what happens to information when it enters a black hole.

According to Hawking, when an object is consumed by a black hole, its information is super translated two dimensionally into a form of holography onto the event-horizon of the black hole. Our own cosmos could operate in the same fashion, whereby all of the objects within it are volumetric emissions from the two dimensional bits stored on the surface area of our cosmic horizon. It is as if the skin of our cosmos is the film, and we are the projections emitted within its volumetric stage.

The work consists of an AR mobile application and four or more 4’ x 4’ generative prints that are combined together to make one large 8’ x 8’ image in the center of a given space. The mobile application will be available for free through the Apple and Android stores, being fully supported on all modern iPhone and Android devices, including the Oculus Gear VR for the Samsung Galaxy S6. The images are printed on a protective laminate vinyl adhesive sticker that is adhered to a floor for viewers to safely walk upon. The prints are renderings of people who have been 3D scanned followed by texture unwrapped into an abstract array of colored triangles. I’m calling these images Brane-Xels. Branes are objects described in physics with varying dynamic properties and dimensions, a brane can even be a dimension or an entire cosmos. Xels comes from pixel which is a combination of picture and element, in this case being an element, or xel, of a brane. The brane-xels effectively are the two dimensional smears, or bits, of the higher dimensional holographic people they emit. When a user points their mobile camera or GearVR headset at one of the prints, a to scale augmented voxel video portrait of a person appears that can be viewed from any angle when still having the target image in view. Multiple images can be viewed simultaneously and multiple users can share the same augmented content from their own unique perspectives.

Brane Xels is available for iOS and android in monoscopic and stereoscopic versions for Google Cardboard. Currently awaiting Oculus store approval for GearVR. 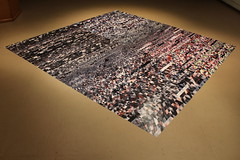 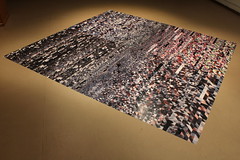 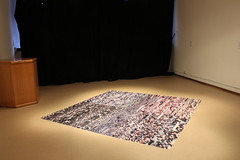 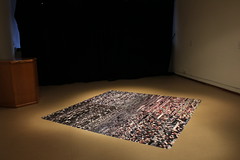 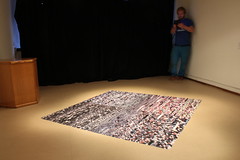 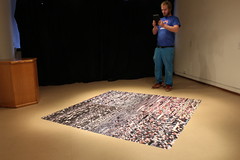 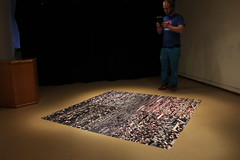 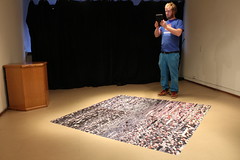 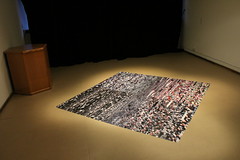 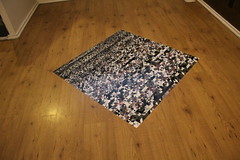 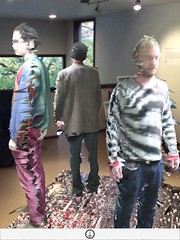 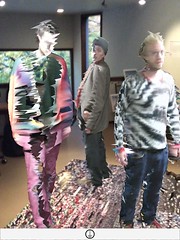 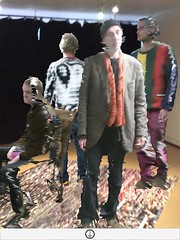 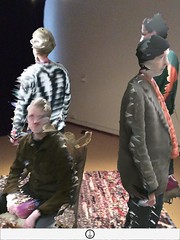 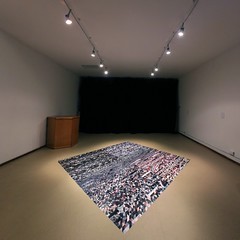 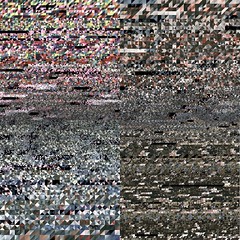 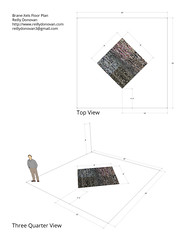