“A la belle étoile was presented in collaboration with Seattle art Museum and in conjunction with the exhibition Elles: Women Artists from the Centre Pompidou, Paris.

A la belle étoile transformed the Henry’s east gallery by projecting moving images onto the floor, filling the entire 850 square foot gallery space. The artist creates an environment where the viewer is sucked into the video projection and where the camera zooms from microcosms, like individual bodies, to macrocosms, like a galaxy of stars. Whether by viewing the piece from the overlook above, or walking among the projected images, visitors will experience a sense of disorientation and weightlessness as they become part of Rist’s visually fluid and hypnotic space.”
-The Henry Art Gallery

The Henry Art Gallery hired me to find a way to make this massive projection come to life in their East Gallery. The biggest challenge was solving for how to entire floor of the East Gallery with the existing distance between the floor and the projector on the ceiling. I came up with a synchronized 2 channel video projection using two NEC 7,000 lumen short throw projections, then edge blending the two channels to make one giant, seamless video projection. I also mapped out the edge of the piano cut floor to the pixel so the projection sat seamlessly mapped to the edges of the floor itself.

Many thanks to Dan Gurney and the Henry Art Gallery for this opportunity. 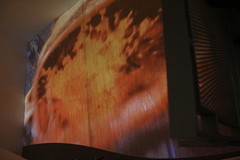 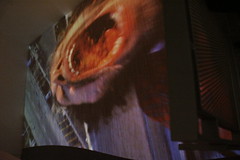 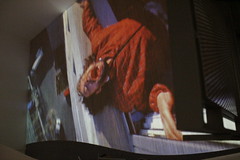 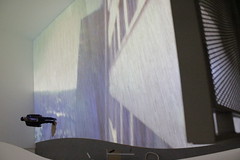 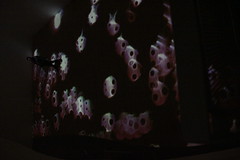 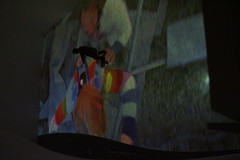 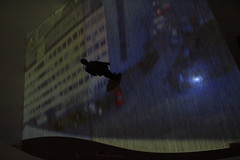 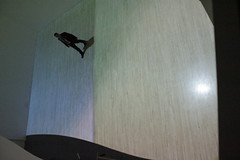 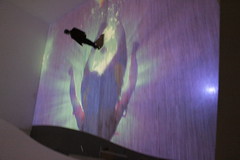 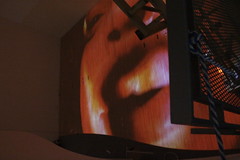 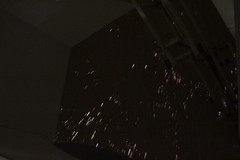 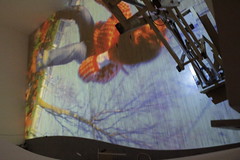 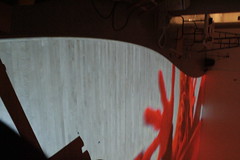 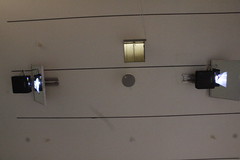 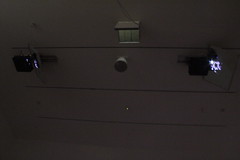 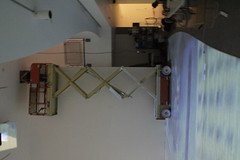 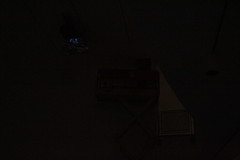 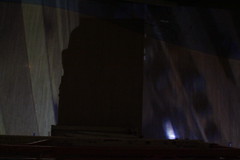 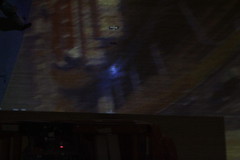 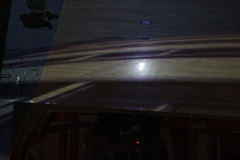