“Sanctuary for Reverse Engineering (R.E.S.). This monumental project was conceived by two internationally renowned North American artists, Gary Hill and Allan Packer for the Mas d’Azil cave heritage site. For this event Gary Hill, a pioneering video artist widely considered one of the most influential artists of his generation, is embarking on his first collaboration with a fellow artist, Allan Packer, a sculptor known for his exploration of the new links between art, science and politics. The proposition presented by these two artists is articulated around three works specially conceived for the site, with a sense of its history and its imaginary evocations that extend into an indeterminate space-time area beyond the reach of the usual chronological frontiers, one where relations between nature and culture, present and past, technology and human life are overturned. This project continues a five-year collaboration between the Caza d’oro association for artists’ residencies at Mas d’Azil and Les Abattoirs Frac Midi-Pyrenees.”
–Les Abattoirs

For his project I spent two weeks in the caves of Mas d’Azil with four 5,000 lumen projectors and a half-dozen computers. I projection mapped the top of the visitor center, blended the edges of the image, then animated & rendered a CGI river full of objects from the past, present, and future. 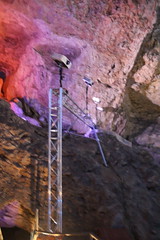 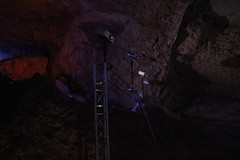 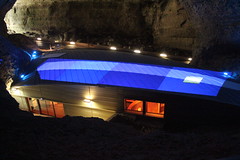 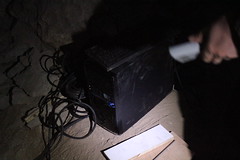 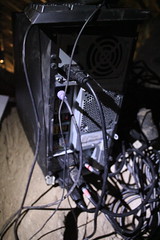 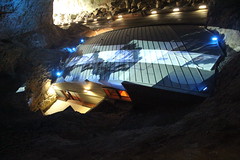 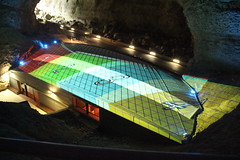 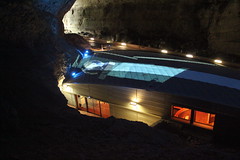 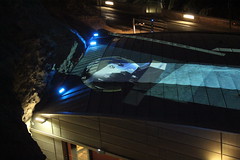 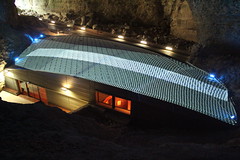 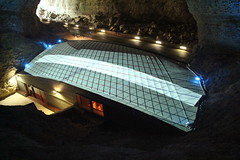 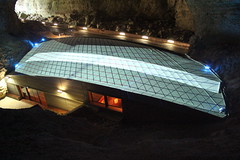 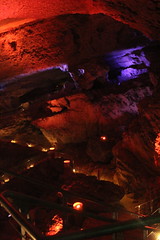 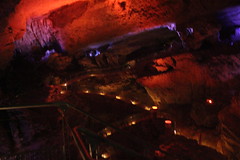 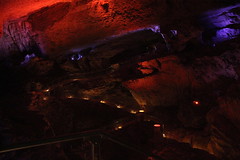 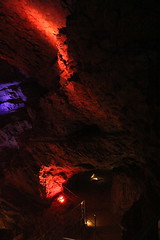 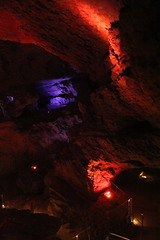 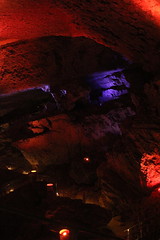 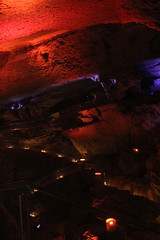 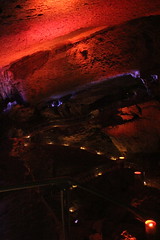