“Two HD Video projectors, 3840 x 2160 media file, mac mini computer, graphics expansion module, multi-channel audio interface, three stereo amplifiers, assorted loudspeakers, aluminum table construction with six wheels (20’ x 41/2’ x 28”), two screens (4 ½’ x 8’ x 1 ½”), black duvetyne, assorted cables. Edition of two and one artist’s proof A spoken text …rummages through piles of surplus; boxed accouterments and that unaccounted for miscellanea… and the uneasiness of language itself as it grapples with the whereabouts of the necessary words. The narrative debris morphs through manifolds of optical glass with each utterance marking points along the way. On a long, black tableaux two cameras with little or no depth of field, sentence by sentence cut through a mysterious world of a seemingly inconsequential lineup of objects, tools, parts, bits and the unidentifiable forgotten –whatever might have been close at hand becomes enfolded in a richly colored crystalline doppelgänger image. For each sentence and “drilling” through the objects, the cameras’ parallaxes have been adjusted for a different cross section—the point where momentarily a continuous horizontal view is possible only to then quickly deconstruct as quickly as it formed. The object/installation itself is a self-contained self-reflexive mobile surface complete with positional projectors and screens and a narrow black “runway” of sorts reflecting the initial process of recording. Supplanting the original sets of storied objects a haphazard line of raw speakers map the voice, tracking the bits of speech as they momentarily arrest points of focus pinpointing a sequence of cross sections in the strange world of objects—a world that spurred a meandering narrative simultaneously referencing perceptual processes and language cul-de-sacs.”
www.garyhill.com

For this work Gary Hill hired me to develop a software editing solution for having the language from his work ‘push’ the focus of the video image down a table of various items. To make this work, Gary used two DSLR 5D Mark 2 cameras with telephoto lenses to provide a sliver of focus. He then slowly and consistently shifted the focus from one end of the table to the other on each camera. I took this footage and wrote an expression that allowed the sound of his voice to time-remap the footage, thereby giving the effect that is speech is manipulating the focal point of the video image. I then attached the bass and treble of his voice to two slider controllers that correspond to all points in time in the master clip. In addition, I added two extra slider controls that put a threshold on how much or how little is voice influences the displacement of the focal point, providing me with more control over what is in focus. This allowed for more creative control over the edit and a more dynamic pace to the work itself.

There are also five speakers embedded in the table for which I had to edit the 5-discrete audio channels to correspond to the shifts in the image, making the sound travel physically on the structure and visually on the projection.

This piece was a part of larger solo show installation at Gallery In Situ in Paris. 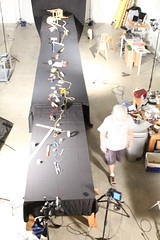 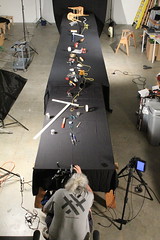 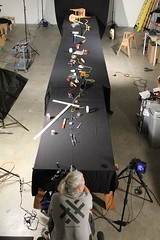 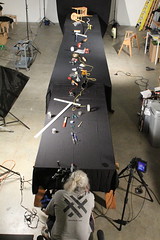 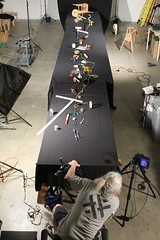 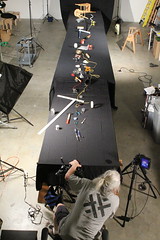 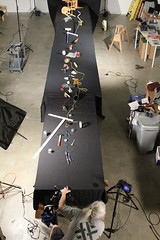 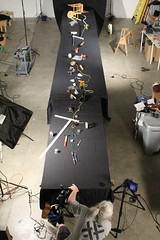 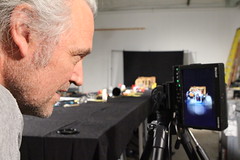 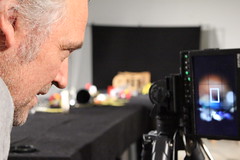 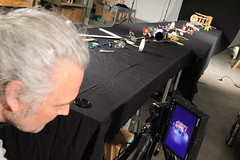 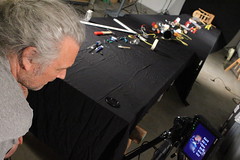 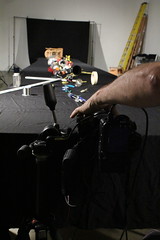 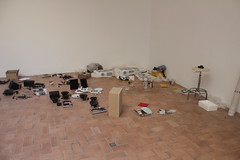 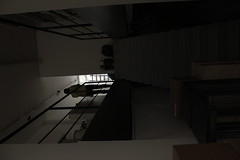 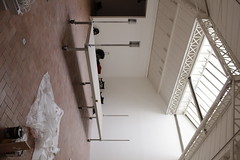 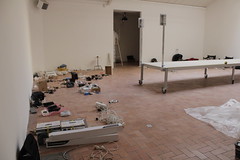 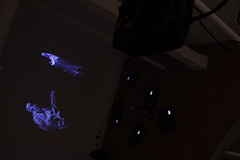 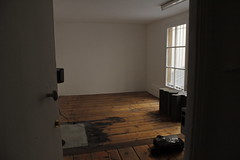 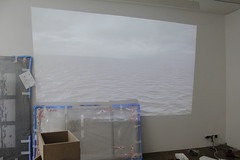