The Observer Effect is a virtual reality installation by Reilly Donovan, Cory Metcalf, and David Stout that takes place within the physical space of a second projected video installation titled, MELT. Viewers enter this “world within a world” encountering an abstract field or landscape populated by fluid geometric forms that generate their own sounds. Physics defines, the “observer effect” as an occurrence where changes are made to a phenomena as a result of the act of observation. This result is due largely to the instruments employed in observation and not the mind of a conscious observer; however the mind does play a powerful role in witnessing how tools influence what is under observation. In this work, the VR headset and trackers are the devices impacting the properties of the simulation. The VR apparatus frees each observer to wander and unfold a unique sonic-visual-somatic experience much like a visitor entering an extraterrestrial domain of ambiguous scale and dimension.

VR Opens Doors to Immersive Art
Sponsored in part by the Intstitute for Emerging Technology and Intermedia at Cornish College of the Arts and Nvidia. 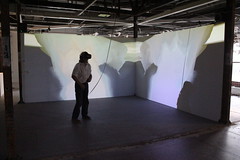 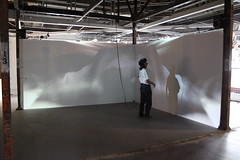 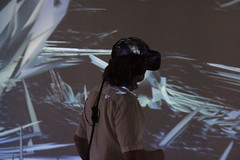 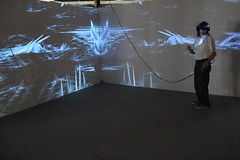 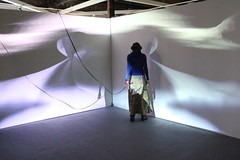 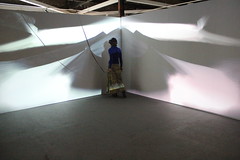 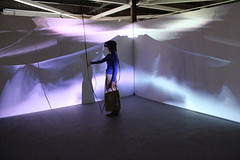 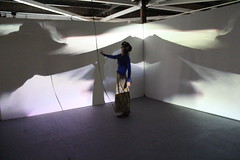 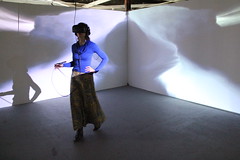 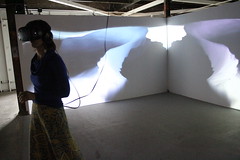 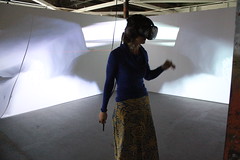 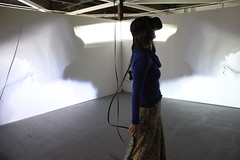 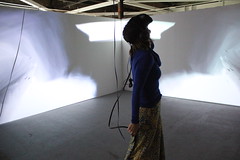 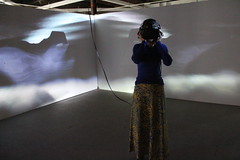 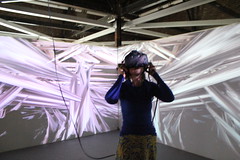 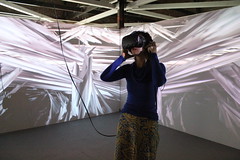 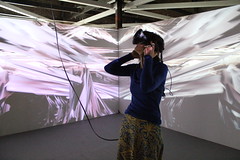 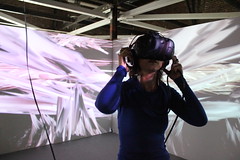 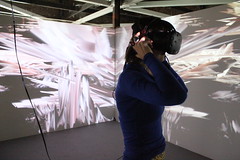 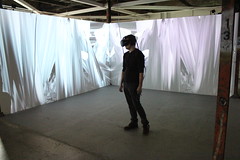