Writing Corpora is a work about translation. The expressions are translated from English to Spanish and vice versa, and also from the spoken language to the physical language. In addition, through technology the artist’s bodily presence is translated into a virtual existence in which the artist himself is given form. However, all of the translations are found to be impossible and start a chain of distortion and paucity of which the viewer is also a part, since he or she interacts with the artist’s virtual presence and materialised phrases.

For this work, Gary Hill hired Joseph Gray and myself to develop custom software for an interactive performance piece. Joseph took the lead on the software while I took the lead on the hardware. We worked together with Gary to produce a powerful performance toolkit for him to be control a full spectrum of electronic events during his performance. We used 2 Kinects, one to track is skeleton to use a controller for the entire system, and the second to track a floor projection for interactive text based events. Altogether there were 5 computers on a circular armature suspended 45 feet in the air with 5 projectors pointed at all of the walls and the floor in the space. The interactive text on the floor was left for users to engage with after the performance was over while feeds from what unfolded during his performance played back on the walls. 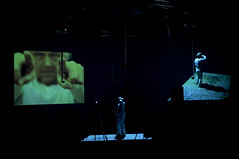 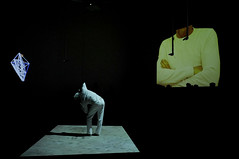 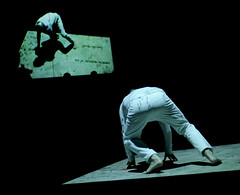 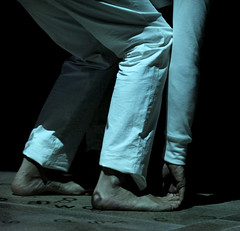 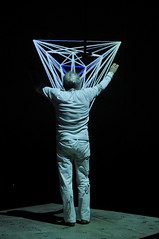 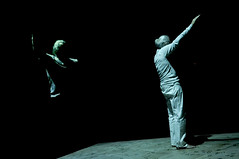 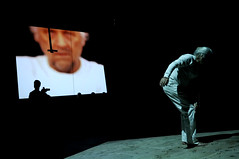 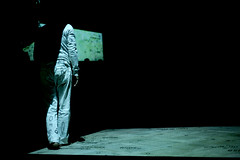 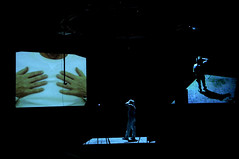 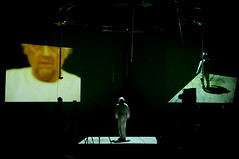 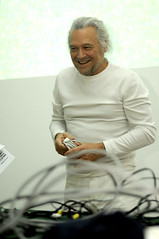 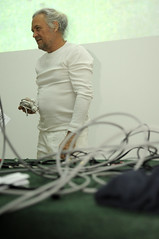 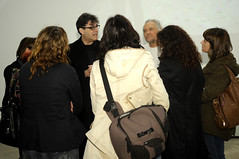 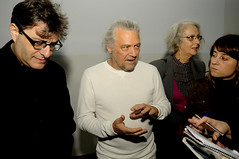 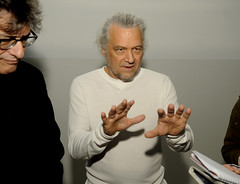 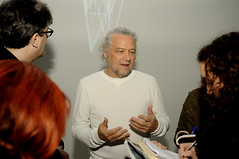