“Sine Wave is derived from a single uninterrupted recording of a glass of water (half empty/half full) that stands at the end of a flat aluminum bar or plank. The location is a natural setting of lush trees and plants at early dawn. During recording the bar was counter balanced and rested on the artist’s shoulder. Since the relative positions of the glass and camera remain the same, the glass doesn’t move from the center of the frame while the landscape moves behind it and is also refracted in the glass. The second image is the same but delayed. Depending on the direction of the panning movement that switches back and forth, the channels alternately switch in time to “correct” and maintain the semblance of a continuous panorama across the two screens. Each screen is slightly curved, one concave and the other convex, further resonating with the shape of the glasses. The doubling theme is reiterated by the inhaling and exhaling sound of the artist’s breathing throughout the work.”
–www.garyhill.com

For this installation Gary Hill hired me to develop a two channel sync playback solution as well as projection map the curved geometry of the screens to the content of the video. I ended up using a 2 x HD matrox dualhead2go DP edition to create one large video file split between two channels for a seamless sync playback. I then mapped and rendered on location the displacement necessary to match the projected image to the curve in the screen. 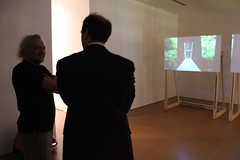 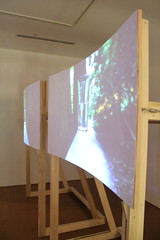 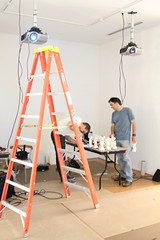 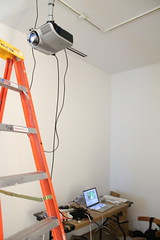 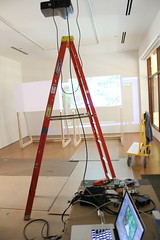 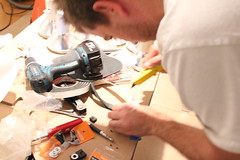 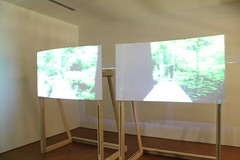 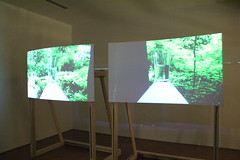 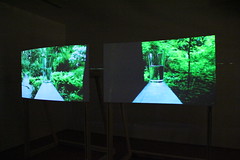 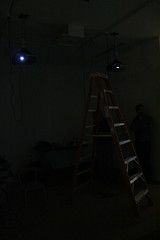 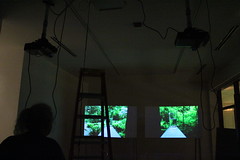 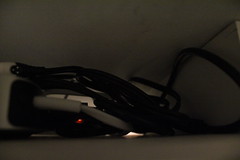 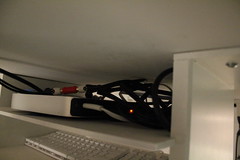 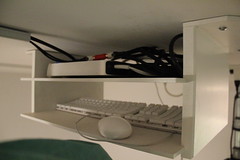 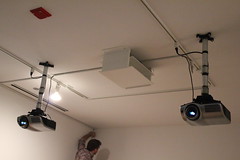 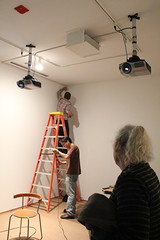 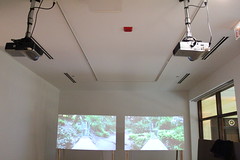 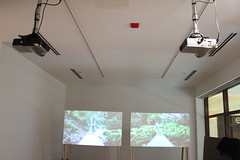 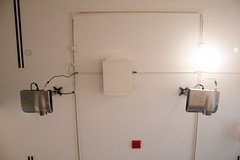 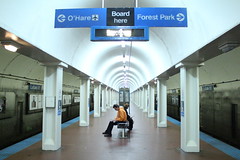